the rich is gettin’ richer quicker

The other day in The Age there was a reference to something called the Gini Co-efficient. Off goes I to the OECD website to see how this works, only to feel my eyes glazing over and my brain going into a flap when I found the answer.
On moves I quickly – for health reasons – to Plan B, which was to look for something written in English rather than Numberish. [Perhaps the word “numb” is derived from the same root as the word “number”?]
Anyway, here’s the story as at 2011:
In OECD countries today, the average income of the richest 10% of the population is about nine times that of the poorest 10% – a ratio of 9 to 1. However, the ratio varies widely from one country to another.
It … reaches 10 to 1 in , , , and the ; around 14 to 1 in , , and the ; and 27 to 1 in and .
So now it’s official: In dollar terms I’m dancing the two steps forward three steps backward uh-oh.
----------
If we don’t think the gap is morally wrong, we might at least think it doesn’t contribute much to social cohesion. 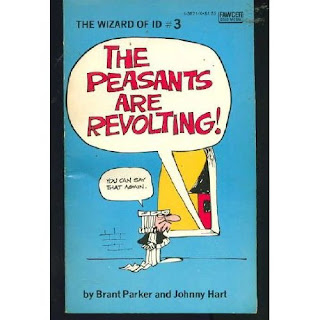 
I would define it as the irresponsible use and waste of public monies in the absence of good policy with a single purpose: to buy political support.”
It’s a pity he has tried to pass off the crime of buying votes as socialism. Every democratic country has an economy that is mixed; that is part socialist and part free market:
There is something rather shortsighted about selling our agricultural land to overseas interests. Why aren’t we holding on to the means to feed ourselves? At the very least we should be just leasing the land, rather than flogging it off.
There is something rather shortsighted about handing over control of our public transport systems to overseas operators, even if just on long term contracts.
And as our electricity and gas bills are proving, the great god free enterprise has not necessarily done a better job of providing essential services than the public service used to do.
Large companies can be as bureaucratic and inefficient as any public service arm. Some private employees can get away with being as slack or demotivated as the worst public servants, while the majority in either sector are more productive and motivated when they are treated with respect.
When I look at joint ventures between governments and private enterprise [e.g. ’s desalination plant] I’m not seeing proof that the public service is as great an evil as it has been painted.

The public service is not inherently evil. With the right public servants, we get the benefit of experience, as well as stability in tender processes and contract administration. [Think insulation batts.]

The only thing wrong with the public service is that it can be abused by governments - on either side of politics - as a job creation tool. It's governments that do the abusing, not the public service, just as it's governments that decide which industries or companies to prop up with public money.
----------------------------------
Free market theory holds that if a company goes broke it’s either inefficient or it’s making something nobody wants. This sort of thinking has no place in the area of essential services.
Essential services are, by definition, the services we rely on to keep our world [and economy] running. When the electricity supply in any city in the world comes to a halt, it’s a disaster.
Everybody wants electricity, and while we have government approved “watchdogs” to protect citizen consumers, these private operators will not go broke if they are inefficient, they will simply charge more.
As every person who does unpaid work around the home knows, [whether doing the laundry or fixing their own washing machine], price is not the only measure of what can benefit people.
------------
Just as there is no such thing as a free lunch, there is no such thing as a perfectly free market. There is a role for governments to play in the market place,
What we are lacking here is not the great benefits of private enterprise so much as the accountability side of the equation.
-----------------
The car industry is a massive creator of jobs and, even if the companies are owned by overseas interests, the job losses involved if they leave the country would be incalculable.
Successive governments on both sides of politics have, from time to time, propped up industries to keep people in jobs. The only thing wrong with this is we don’t always get a share of the profits: Businesses [Australian owned or otherwise] for some reason can get great injections of money, with no obligation to repay anything in the event of a profit. They then sell off a hunk of assets and give nothing back to the government, because the assets are not secured in any way.
This is neither free enterprise nor socialism, it’s just stupid government.
----------------------
Like many industries, the car industry in is suffering because of the high value of the Australian dollar.
The high value of the Australian dollar is largely due to a mining boom.
The stuff in the ground being mined belongs to all Australians. This is not socialism, this has been law in English style colonies/countries for a thousand years. That’s why mining companies have to pay royalties to the government.
Taxes have always been used, not just to raise revenue, but to influence behaviour. If we want to encourage people to take out private health insurance, we subsidise it. If we want to discourage something damaging, we not only tax it but manipulate the tax involved to get the amount of activity just so.
The super-profit mining tax was not just about revenue raising, or even envy or resentment of private investor success. If it’s damaging the rest of the economy, the level of mining activity should be manipulated and taxes are the way to do it.
One party watered down its proposed super profit mining tax, the other objected to the tax altogether.
The failure to control an industry so damaging to the rest of us is, in part, based on the notion that the industry is creating jobs.
Is it creating more jobs than it is destroying?
Every country needs a quota of relatively unskilled jobs, but how many of these mining jobs are unskilled?
How many mining jobs will disappear as the industry becomes increasingly automated? [Think of trains which already run hundreds of miles without so much as a driver.]
Why are we eagerly selling so much ore and other stuff we’ve dug up without even processing some of it first?


No resources are infinite, and every other industry has to adapt to cheap labour in overseas countries. There seems little difference between selling raw unprocessed materials [and letting people overseas do the value-adding], and sending many other jobs [such as telephone room operations] offshore.


-------------------------
Jeff Kennett has this all wrong, and what is going wrong and causing the gap between rich and poor to grow is not socialism – it’s actually taking ownership and control and benefits from the people and giving preference to private enterprise and large corporations and even filthy rich individuals.
This has been done before. It was done not quite a hundred years ago by three blokes who thought private enterprise was everything. Their names were Hitler, Mussolini and Franco.
Way to go, Jeff.
---------------
Posted by FruitCake at 1:54 PM

Blogs I Like
High Riser
Buildings that make Melbourne Marvellous and other stuff
Red's Australian Round-up!
Excellent web-based coffee table book of Oz
Our Great Southern Land
Photos, stories and newslinks you won't find anywhere else
Me and The Boys
Warm, humorous stories of family life
Blurb from the Burbs
Warm, humorous stories of an Australian family in Switzerland
Adventure Before Dementia
Travel Australia in words and stunning pictures (and more)
Drifting Through Life
...in Adelaide
So Now What?
Hilarious and/or outspoken observations
MTWaggin Blog
A great way to see Montana [of all places] the photos, scenery and wildlife are stunning. Oh - with dogs, of course.
Perth Daily Photo
Fantastic Photos of Life In Perth
Trying to Be Ann O'Dyne
"crap blog, but I do give good comment"